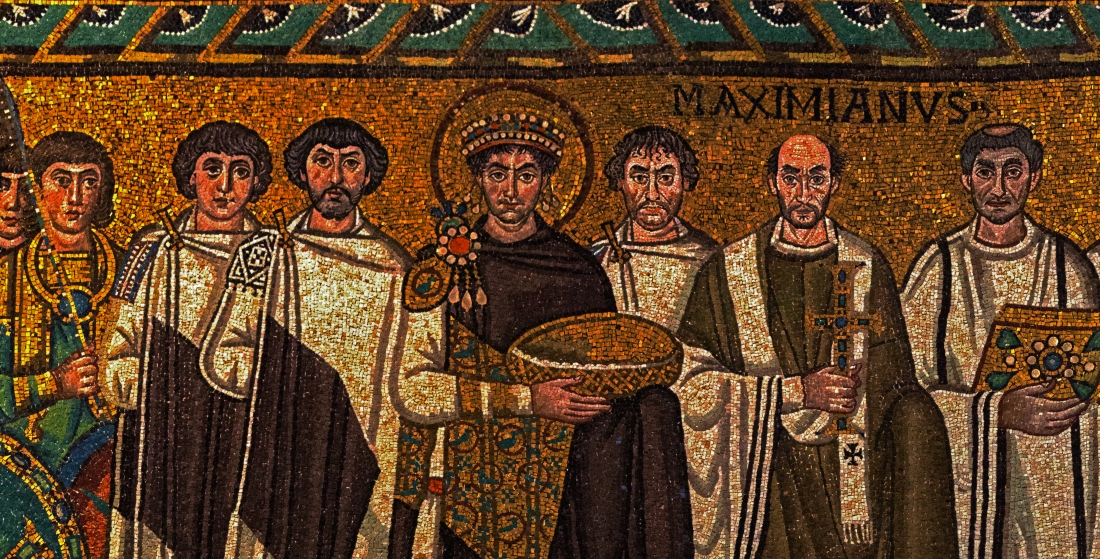 Attending a wedding or preparing for a job interview often requires a silk tie, yet little thought is given to this piece of cloth other than its colour and that it feels different to an iron-pressed cotton shirt. Silk’s simplicity conceals its historical importance, where wars have been fought in pursuit of this lustrous commodity. To illustrate, the Byzantine emperor Justinian I, hungry for silk, decided to invade the Himyarite Kingdom in Yemen in order to secure uninterrupted sea shipments between India and Byzantine-administered Egypt.[1]

The importance of silk

Why would a war be waged over access to silk? In trade, silk was a substitute currency; east Mediterranean merchants could use silk to pay for a transaction in lieu of coinage whereas shipwreck survivors would be required to forfeit any salvaged silk as compensation for cargo losses. When dyed with the broken shells of the murex snail, silk would form a brilliant purple fit only for the emperor and imperial elite. The ones which weren’t dyed purple would be marketed towards wealthy and middle class citizens along with members of the clergy.

Silk also served diplomatic purposes. It helped deter enemies as indicated when emperor Constantine IX, in 1045, sent a thousand silk costumes to Caliph al-Mustansir to stave off a military attack. Crucially, silk helped Byzantium cement alliances, including one with Vladimir the Great of Rus’.[2] Between the years 907 and 971 Byzantium intensified its diplomatic relations with Rus’; where a marriage between emperor Basil II’s daughter Anna and the Rus’ Grand Prince Vladimir the Great culminated in the Christianisation of Rus’. Silk played a significant role in building this alliance; Rus’ merchants were given priority access to Byzantine silk items, Rus’ citizens who lost their slaves in Byzantine territory would be compensated with silk and a delegation even insisted on silk sails for their ships.[3] In return, Rus’ pledged its military support to the empire, most notably seen when Rus’ soldiers intervened to quell an Anatolian uprising which threatened to dethrone emperor Basil II in 988.

A tale of two heists

Let us return to the fourth century era of Justinian I, where we notice the emperor is faced with a puzzle. Without an established domestic silk industry, much of the empire’s silk was imported from China using an overland trade route via Persia. At the best of times, Persia was a fickle competitor, and consequently Byzantium was often mired by silk shortages. Shipments through the Red Sea would also face stiff competition from Persian traders or be hindered by hostile polities like the Himyarite Kingdom. Thus, there was an urgency to determine the secret behind sericulture, or the production of silk worms.

Fifth century Byzantine historians dispute the means in which sericulture was introduced to the empire. Procopius argues Christian monks from India, having learned of emperor Justinian’s dismay at Persia’s silk blockade, smuggled silkworm eggs hidden in dung into the empire. However, according to Theophanes, it was Persians from the land of Seres who presented emperor Justinian with silkworm eggs which had been impressively concealed within walking sticks.[4] The Theophanes account raises questions as to why Persians would provide their trade secrets to their Byzantine nemesis; I can only think it was opportunism or spite.

Both accounts are very likely to be colourful myths due to evidence of sericulture in Byzantine Syria prior to the heist. Nonetheless, analysing domestic sericulture provides a great insight into pre-modern economies. Byzantium’s silk production entailed a strict division of labour. Sericulturists would be responsible for rearing the silkworms and the production of yarns. This gave rise to the ancillary industry of mulberry growers because silkworms which were fed on mulberry leaves yielded the highest quality commercial silk.

The sericulturists would send their yarns to private and government-run silk guilds which comprised a collection of weavers, dyers, embroiders and silk printers. The government-run guilds had evolved from the voluntary associations of the Roman Empire into compulsory public service corporations entirely controlled by the Byzantine state.[5] As a consequence of the strict policing of sericulture by the state, the government increased its tax base and revenues, whilst regulating silk imports and exports allowed it to manipulate foreign markets. Importantly, the sale of silk made certain the empire was inundated with foreign gold, whereas financial mismanagement of silk negatively affected its balance of trade.

Private guilds, like their government counterparts, had to address the dilemma of the significant level of seasonal capital demanded by the trade along with securing steady supplies of raw material. Lacking state funding, private guilds acted as cartels, where resources were pooled among members. This allowed them to collectively purchase silk at lower prices than if each guild-member attempted to negotiate by themselves. The cartels also ensured a fair distribution of silk by allowing poorer members to buy from the affluent at a predetermined profit margin. The 10th century Book of the Prefect outlined how private guilds paid utmost attention to product quality and had measures to prevent unethical behaviour among their membership, not too dissimilar to modern quality control practices in businesses.[6]

As we have seen, silk was a very important commodity replete with material and symbolic significance. It helped form a tapestry of alliances, augmented economies and generated resource wars. With all of this in mind, in the mad rush prior to my next job interview, I’ll be sure to better appreciate my tie.